Our dealership, Red Hill Toyota has been serving Hamilton, Stoney Creek, Grimsby and Binbrook for over 30 years. We are locally owned and operated by members of the Hamilton community and are proud supporters of the Hamilton Bulldogs, the Hamilton/Burlington SPCA, and Habitat for Humanity.

Our dealership’s ongoing commitment to excellence in customer service is one of the many qualities that makes us a recipient of various awards from Toyota Canada, but more importantly from the community itself. In 2013 Red Hill Toyota received the Toyota Service Management designation, the highest award for service delivery for Toyota dealerships established globally, as well as the Consumer’s Choice Award for Best International Automotive Dealer in Hamilton. We have been honoured with a Consumer’s Choice Award every year since then.

Red Hill Toyota offers a variety of automotive products and services to the Greater Hamilton Area. We have one of the largest selections of quality new Toyota vehicles as well as an evolving and impressive selection of the best used cars. Anyone looking for a new or newer car in Hamilton will likely find what they want right here at Red Hill Toyota. We carry a comprehensive line of Toyota vehicles, including the Corolla, Matrix, Prius, RAV4, Venza and Yaris, making us the choice as your Hamilton Toyota car dealer.

Our services include trusted Toyota car repair, original Toyota parts, and financing to help our Greater Hamilton and Grimsby Area customers purchase the car that’s right for you.

Contact Red Hill Toyota or come visit us in person. 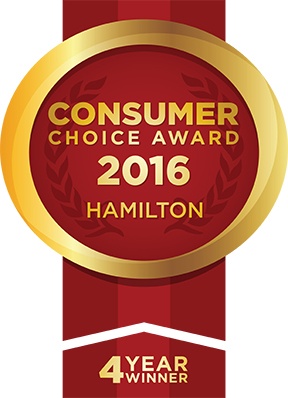